After rediscovering DelphiCodeCoverage, I had made a few cosmetic and functional upgrades to its HTML Report.
I have now pushed a few more rounds of upgrades for better looks and usability. In case they are not merged or you want to test run future changes, you can check my fork of the repo, though for stability stick to the official repository maintained by ekot1.

Here is a visual summary of the changes, form original state to current one.

First the summary table, which used to be quite austere and looked like the screenshot on the left.
It is (somewhat) less gray (but still gray, heh), and has a few added features. 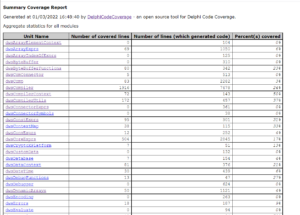 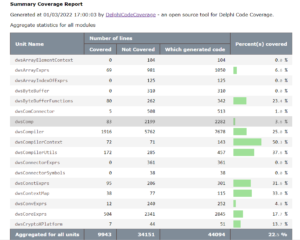 The usability feature are

Changes to the unit coverage reports are less spectacular in a screenshot.
To the left, what it looked like, and to the right what it is looking like now. While not much change is visible in the new version, the devil is in the details. 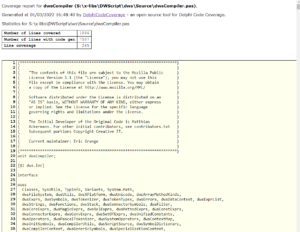 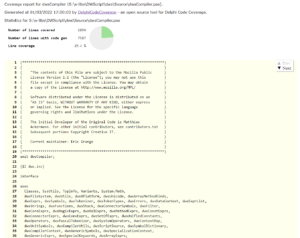