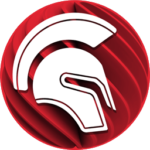 I also added support for the Delphi 11 dialect for binary literals (starting with %). DWScript already supported binary literals with the “0b” prefix since 2012 (as in C), I had been hoping the % symbol would not be sacrificed for this purpose, but oh well.

To compile you will also need an updated mORMot. Migration to mORMot 2 will take place later this year, and Delphi 11 is expected to become the primary platform for DWScript at the same time (it is still Delphi 10.3 for the time being).