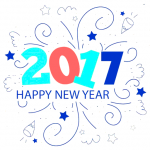 A belated Happy New Year and Best Wishes for 2017!

This site and news have been neglected for much of 2016, this year’s resolution will be to try and revive it a bit.

In particular announcements and articles have fallen way behind the code as far as DWScript is concerned. So I will start the year by attempting to rectify that.

A mini-summary of what happened after April (when BigInteger support first got added), in no particular order:

The current DWScript code-base should be faster both at compile and runtime, more stable, and more capable than ever before. I am planning to go into more details for several of the entries above.

Also DWSWebServer has been in use on a large site which saw its share of DDoS attempts and attacks throughout 2016, so resilience to those has been improved as well.